NELA has created a cadre of instructors who have expertise and extensive practical experience. These faculty members represent diversity in terms of both demographics (gender, professional background, etc.) and expertise (a number of faculty are nationally recognized for work in their research domain). The NELA project directors work with each instructor in order to provide an overview of the unique aspects of the program. This explanation includes training in “Operation NELA,” “Ticket Out the Door,” requiring and posting artifacts of learning tied to Standards, and the use of advanced technology in the development of artifacts. Below you will find brief overviews of NELA's instructors for Cohort IV's principal residency year. The instructors appear in alphabetical order. 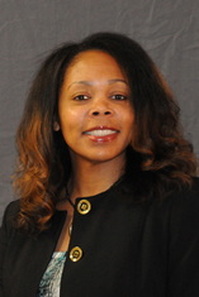 Lisa Bass, Ph.D. is an assistant professor of Educational Leadership and Policy at North Carolina State University. Before coming to North Carolina State University, she was an assistant professor at the University of Oklahoma and completed postdoctoral research at the University of Vermont. She has a joint doctorate in Educational Leadership and Policy and Comparative and International Education. She has two master’s degrees: the first in Business Administration and the second in Teaching. Her bachelor’s degree is in Economics. Lisa enjoys comparing educational systems internationally, and has traveled to Mexico, Ghana, Brazil, Hong Kong, and South Africa. Her primary research interest, however, is urban school reform through alternative approaches to schooling. She focuses her work on combatting the harmful effects of Poverty in Education, the Ethics of Caring and Mindfulness in Education. Her goal is to positively impact education and educational outcomes for disenfranchised youth. 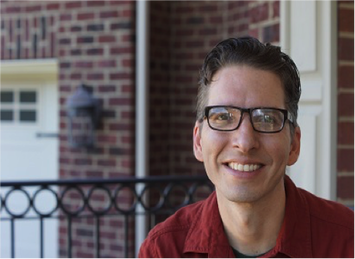 Andrew O. Behnke, Ph.D. is an Associate Professor of human development and an extension specialist at North Carolina State University in Raleigh, NC. Dr. Behnke works in two distinct concentration areas: 1) serving immigrant Latino parents and youth with educational resources to help families succeed and thrive in the U.S., and 2) supporting military families via military programming and train the trainer events. For the last 15 years he has worked with partners to develop educational programs for Spanish-speaking families, while simultaneously studying the effectiveness of these programs. As part of this work, he has conducted numerous research projects and resources to connect Latino parents with educational, health, and other public services.

Dr. Behnke’s secondary concentration is to provide educational content to military families to help them prepare for and respond effectively to deployment. Having worked for three years at the Military Family Research Institute at Purdue University, he gained experience in developing programs and research intended to make life better for military members and their families across the globe. Over the last ten years he has carried-out 5 military projects and research endeavors to help support military families.

He has published numerous scholarly articles, book chapters, and been granted over $12 million dollars for these programs.  As an Associate Professor, he also teaches and advises within the Family Life and Youth Development Masters Degree Program, instructing on average 4 graduate courses each year and mentoring undergraduate, masters, and doctoral level students.  He’s also the father of 6 children, needless to say he’s a busy guy. His life mission is helping youth and their families thrive and live healthy lives in North Carolina and beyond. 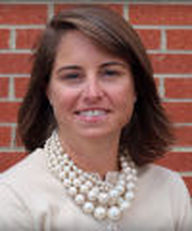 Jenifer O. Corn, Ph.D. is the Director of Evaluation Programs at the Friday Institute for Educational Innovation at North Carolina State University, Dr. Corn serves as PI of several large, statewide evaluation and research studies of innovations in schools and community college settings, including leading the evaluation of initiatives funded under North Carolina’s Race to the Top grant. Her current responsibilities include managing the process and day-to-day operations of evaluation projects by providing leadership for 20 researchers and graduate students; overseeing budgets; serving as the primary liaison between school personnel, project team members, graduate assistants, and the faculty members; overseeing all data gathering, data management, and data analysis activities related to the project; managing the production of reports for participants, the funding agencies, and interested educators, researchers, and policymakers; and is also centrally involved with presentations and publications arising from the projects, and contributes to proposals for additional evaluation projects. Her research interests focus on scale, evaluation capacity building, data literacy, leadership, professional development,infrastructure, and evaluation for technology-enhanced innovations in public education settings. Dr. Corn completed her doctorate in Curriculum and Instruction with an emphasis in instructional technology at NC State University, Raleigh, NC in May 2008. 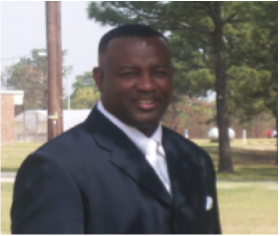 James Ellerbe, Ed.D. began his career serving in the United States Army where he was named Soldier of the Month, Soldier of the Quarter, and Soldier of the Year. He received a Bachelor’s degree in Middle School Education from Fayetteville State University and a Masters in Educational Administration and Leadership. He was a principal in a middle and high school in Cumberland County, NC. Dr. Ellerbe received his Doctorate degree in Educational Leadership and Supervision at NC State University. He is a District Transformation Coach with the NC Department of Public Instruction and a Teaching Assistant Professor at NC State University. His research interests include curriculum and instruction, single-gender education, education administration, education of children of poverty, and district and school transformation. 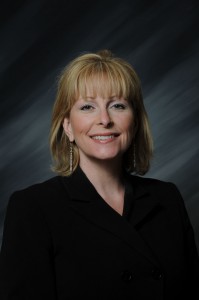 She earned a BA in Political Science from the University of Texas at Austin, a Master’s in School Leadership from UT San Antonio and her Ph.D. in Educational Administration from The Pennsylvania State University.

Dr. Fusarelli’s research focuses on educational leadership and policy, the politics of school improvement, educational equity, and organizational change, with a particular focus on state-level education reform and leadership development for rural schools (Nearly half of students in North Carolina and one-third of students nationally attend rural schools).

To support her work, Dr. Fusarelli has received over $16 million in grant funding from a number of organizations including the U.S. Department of Education, the National Science Foundation, the Bill and Melinda Gates Foundation, and the North Carolina Department of Public Instruction.

Dr. Fusarelli is the recipient of numerous teaching awards both at the K-12 and university level, including being an inductee into NC State’s Academy of Outstanding Teachers.

Her current work is primarily focused on her role as Principal Investigator and Director of the Northeast Leadership Academy, an initiative to prepare innovative school leaders for rural schools (go.ncsu.edu/nela2.0).

Dr. Fusarelli can be reached at bonnie_fusarelli@ncsu.edu 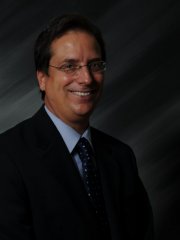 Lance D. Fusarelli, Ph.D. has been at NC State since 2003. He conducts research in the politics of education, federal education policy (NCLB), poverty and demographic change, and on superintendents/school board relations. He received his Ph.D. in Educational Administration from the University of Texas at Austin in 1998, M.A. in Government (UT-Austin, 1994), and B.A. in History and American Studies (Case Western Reserve University). In 2012, he was ranked 79th in the nation among scholars whose research contributes most substantially to public debates about schools and schooling. He serves as co-editor of the Series in Education Policy (Palgrave Macmillan) and serves on the Editorial Board of Educational Researcher, the Journal of School Public Relations, and the National Advisory Board, UCEA Center for Research on the Superintendency and School Governance. He serves on the advisory board of the Hill Center in Durham.

He can be reached at ldfusare@ncsu.edu 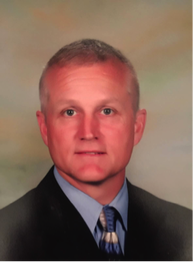 Dr. Eddie Price is a twenty-three year veteran of public education. He has served as an English and history teacher, has coached both football and track, and has served as an administrator for twelve years at both the high school and the middle school levels. He earned his B.A. in English from the University of North Carolina at Wilmington and his MSA and Ed. D. from North Carolina State University.

He was awarded the Johnston County Administrator of the Year in 2007 and again in 2010. And he was named the Johnston County Principal of the Year in 2013. Eddie has spoken at Campbell University to aspiring teachers, at North Carolina State University to the Northeast Leadership Academy’s administrative cohort, and at numerous national conferences regarding the turn-around process and the MTSS framework at the secondary level in public education.

While serving as a principal at South Johnston High School, Eddie has guided changes in the culture and climate of the school, which have resulted in positive gains in behavior and academic success. In 2014, the school’s four-year graduation rate increased to 93% from 76%, the number of office referrals decreased from 1,479 to 596, and all three EOC proficiency cohorts improved: Biology +11%, Math I +6.6%, and English II +6.7%. Most importantly, these changes were stimulated by initiatives that did not hamper teacher morale. The 2014 Teacher Working Conditions data showed tremendous growth in EVERY area.

Eddie has been described by colleagues as a relationship-builder, an innovator and a change agent, an educational warrior, and a role model for other principals across the state. 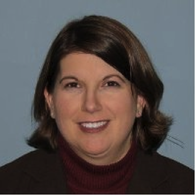 Fran Riddick, Ed.D. received her Bachelors Degree in Mathematics, Masters of  Education in Curriculum and Instruction, and Master’s of School Administration at NC State University.  She taught and served as an administrator in several counties in NC, including being an assistant principal at Timber Drive Elementary in Wake County. She received her EdD in Educational Administration and Supervision from NC State University. She holds certifications and conducts trainings in various education topics including Conflict Resolution, Facilitative Leadership, and Crucial Conversations. 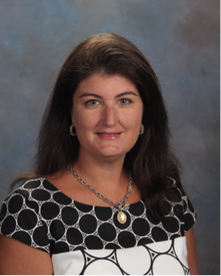 Nicole Smith, Ed.D. received her Bachelor’s of Social Work, Masters in Education and Masters of School Administration at East Carolina University. She worked in Pitt County as a counselor and is currently a principal at two elementary schools that utilize a two-building-one school concept. She received the Assistant Principal of the Year in 2006 and was a Principal of the Year Nominee for Pitt County Schools in 2010. Dr. Smith received her Doctorate in Educational Administration and Supervision at NC State University. She is an adjunct professor at NC State University and a Teaching Assistant Professor at East Carolina University.

Cathy Williams, Ed.D. was born and raised in Chicago, Illinois. She received her BA from North Park College and an MSIR from Loyola University-Chicago. In 1985 she moved to North Carolina and began her teaching career in 1990. In 2001 she received her MSA and her Ed.D in 2010, both from North Carolina State University. During her teaching career, she taught at Enloe High School, Apex High School, and worked in WCPSS Central Office for three years. She was an Assistant Principal at Ligon GT Magnet Middle School and Enloe Magnet High School. She was the Principal of East Garner Magnet Middle School for eight years before retiring in 2014. Currently she does interim administrative positions for the Wake County Public School System and is an instructor in the NSCU NELA MSA program.  She has four daughters and six grandchildren. 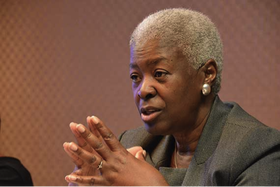 Doris Terry Williams, Ed.D is Executive Director of the Rural School and Community Trust, a national non-profit organization addressing the crucial relationship between rural schools and communities. With more than 30 years of experience in education and community development, Williams was previously an Assistant Dean and Associate Professor at North Carolina Central University. She serves as lead consultant, trainer, and national expert for numerous school and community reform efforts and has authored publications on topics ranging from early childhood education and care to K-16 education reform. She has been a visiting and adjunct professor for Shaw University, NC State University, and Ohio University.

Williams served 12 years on a local school board and is currently on the Board of Trustees of Vance-Granville Community College in Henderson, NC. She also serves on numerous other boards and advisory councils, including the US Department of Education Rural Dropout Prevention Working Group and the US Commission on Education Equity and Excellence. She holds a doctorate from North Carolina State University and an undergraduate degree from Duke University.